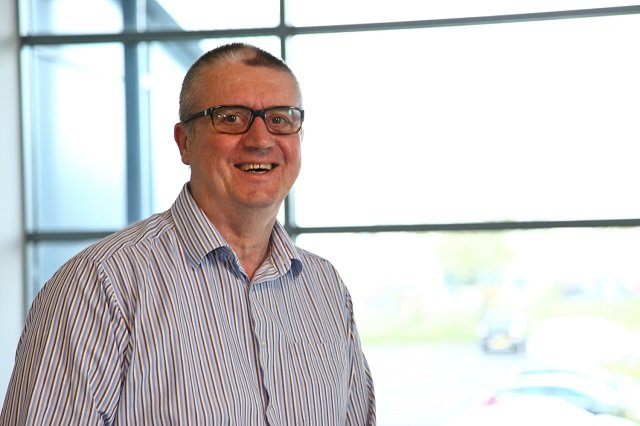 FORMER members of the Armed Forces are being urged to tap into the experiences and expertise of a Royal Air Force helicopter specialist to pursue a path into self employment.

Joe Greener is now an East Durham Business Service advisor but before joining the organisation he was in the RAF and was deployed to locations across the world including Hong Kong, Iran, Cyprus and Sardinia.

During his 24 years in the RAF, he rose through the ranks from Aircraft Mechanic to Chief Technician and completed his service working as part of a specialist team responsible for the maintenance of the RAF Wessex and Sea king helicopter fleet.

And after spending 21 years running his own businesses which included tool hire, woodworking, a training school and a saw blade outlet, Joe is now being tasked with supporting other former Armed Forces personnel into self employment.

Joe, who joined East Durham Business Service in 2009, said: “When I left the RAF at the age of 40, I didn’t know what I was going to do. I was offered jobs that did not interest me and I was also conscious that to get to the level of seniority I was used to, it would take me too long. That’s when I decided to look into self employment.

“After 21 successful years in business a competitor made me an offer I couldn’t refuse, and I sold up.

“I was at a point in my life when I could have decided to take it easy but that just wasn’t me so I began looking into my options. Then my wife found an advert for the role of business advisor with East Durham Business Service and with my background and experiences of both working in the Armed Forces and being self employed for 21 years, it seemed the perfect job.”

Joe, 66, has been employed at Peterlee-based East Durham Business Service for five years now and meets dozens of budding entrepreneurs with around six being supported into self employment each month.

He is now on a drive to encourage former members of the Armed Forces in the area to consider self employment and believes his own experiences can really help them.

Joe added: “I’ve been where they are and I know when you leave the RAF, Army or Navy, it can be a tough period of adjustment as you try to decide what’s best for you. I didn’t have a clue what I wanted and that’s when I almost stumbled into self employment. But it was one of the best things I’ve ever done and now I want other people who are faced with the same challenges I was to come and see me and I can give them the support they need to go it alone, both from a personal and organisational perspective.”

Every year East Durham Business Service, which is headquartered at the Novus Centre on the North West Industrial Estate and also runs Novus 2 at Seaham, meets hundreds of people who are keen to look into self employment as a viable career. In 2014 70 people completed the process and launched their own business and of them over 50 are still successfully trading.

Operations Director Denise Fielding said: “We know there are people out there who can and will successfully pursue a career in self employment. They just need a helping hand to do it and that’s where we come in.

“We also know from some of the people we’ve spoken to that former members of the Armed Forces are ideal candidates and with Joe’s experiences and expertise, they can be mentored by someone who has been in their shoes and can offer them the advice and guidance they need to go it alone.”