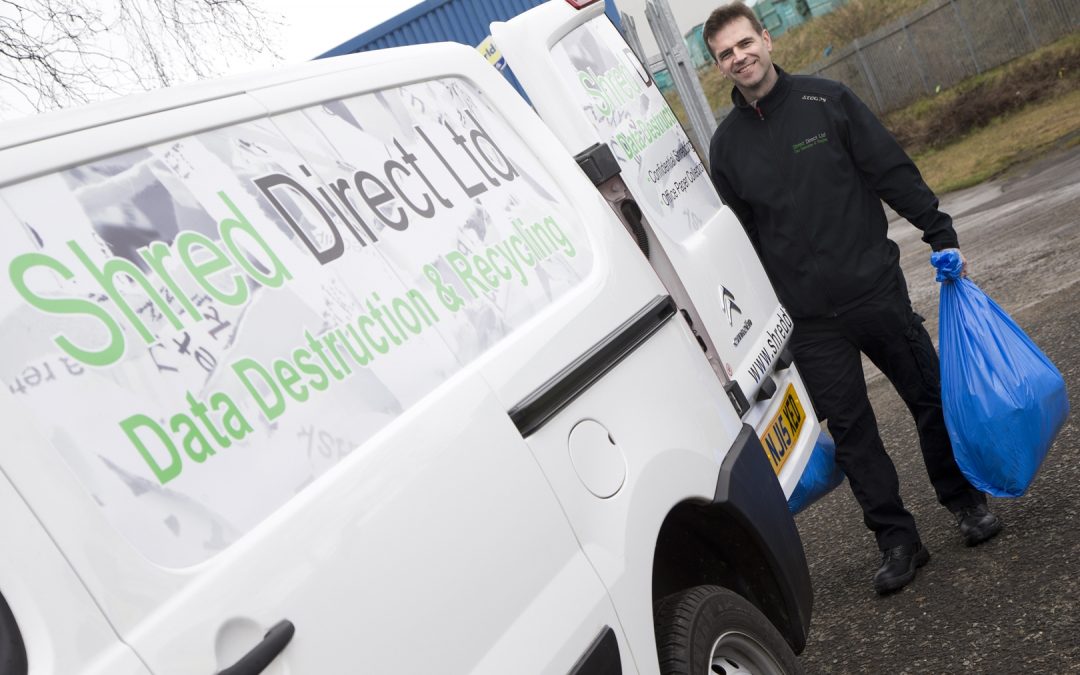 A former Newcastle United footballer has announced plans for growth as his shredding business celebrates its fourth birthday.

Graeme Carter from Wheatley Hill launched Shred Direct in 2013 and now has a portfolio of over 250 clients from Scarborough in the south to Ashington in the north.

And as the business heads into year five, Graeme has announced plans to add to his team of four with an employee to support his two full time and one part time drivers and an administration apprentice.

Graeme said: “Since launching the business just over four years ago, things have steadily grown and I’m now at the point where we need additional support.

“We have two new vehicles, a seven and a half tonne truck and a van, which between them are covering hundreds of miles every day making collections from businesses around the region, so an extra pair of hands would free up some of my time to focus on business development.

“I’m also considering taking on an apprentice to look after all of my administration, which would make my life a lot easier as it’s often the area of the business that gets pushed to the bottom of the to do list.”

Graeme is also finalising another contract which would add an additional 70 collections to the company’s schedule, which already sees his drivers pick up over 40 tonnes of confidential waste for recycling each month.

The 47-year-old dad of three hopes the contract will see Shred Direct reach over £150,000 of turnover by the end of year five.

Graeme added: “It’s an exciting time for the business as we look to build on the successful four years we’ve been in operation. There are targets I’ve set which will take things our growth to the next level, and key to that is having the right people in place to support me.”