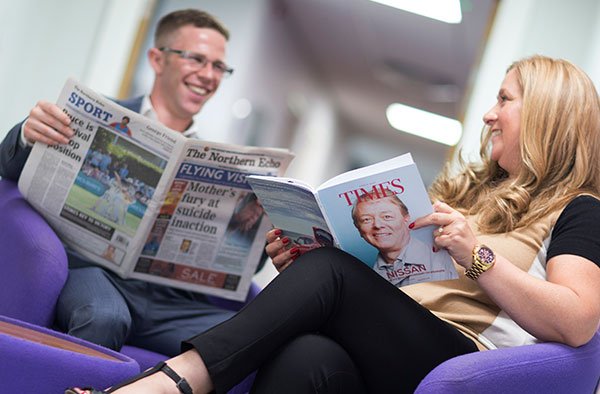 More budding entrepreneurs than ever are choosing a path into self-employment, statistics show.

A total of 7,180 people have opened a business in the North East with the support of the New Enterprise Allowance (NEA), a fund available to jobseekers with a business idea.

The latest NEA figures show that County Durham had the highest number of start-ups in the North East with 1,490 businesses opened, followed by North Tyneside with 790, Northumberland with 730 and Sunderland just ten less on 720.

And that positive picture is mirrored in East Durham as more and more people are choosing to turn their dreams of running their own business into reality.

East Durham Business Service is the organisation tasked with helping people in the area who have an idea that they think could become a viable business.

“Whether that’s because there is help out there for them, or that they’re disillusioned with their current employment circumstances, there’s definitely more people coming through our doors to seek advice about how they turn the idea they have into a model that works as a business.

“What our advisers do is work with the individuals to determine if we think their ideas could work, and if they could the steps they then need to undertake to launch. Of course, not every business can succeed and we have to be realistic, however, it’s certainly encouraging that people are thinking about self-employment in a serious way.”

A number of people that East Durham Business Service has supported have gone on to run successful businesses, including Mykal Cooper.

Mykal, who has Chrones Disease, came to EDBS in April 2016 with the idea of selling pop figures based on comic and TV characters.

Through the New Enterprise Allowance Programme and with the help of EDBS and his family who loaned him start-up money, Mykal decided to sell online and via a market stalls and started trading in August 2016.

He started selling at the market in Peterlee two days a week and now sells at specialist comic fairs and conventions, online and via call centres.

Another success story is Philip Naisbett.

Philip is an ex professional goalkeeper and came on the NEA programme with a view to offering goalkeeping coaching.  Through market research and using his very strong network of contacts, Philip identified that many football coaches were looking for a dedicated goalkeeping coach.

Since launching, Philip has worked on his FA coaching badges and has also become an employed coach as Hartlepool United FC on a part time basis, as well as delivering around 20 hours of coaching a week.