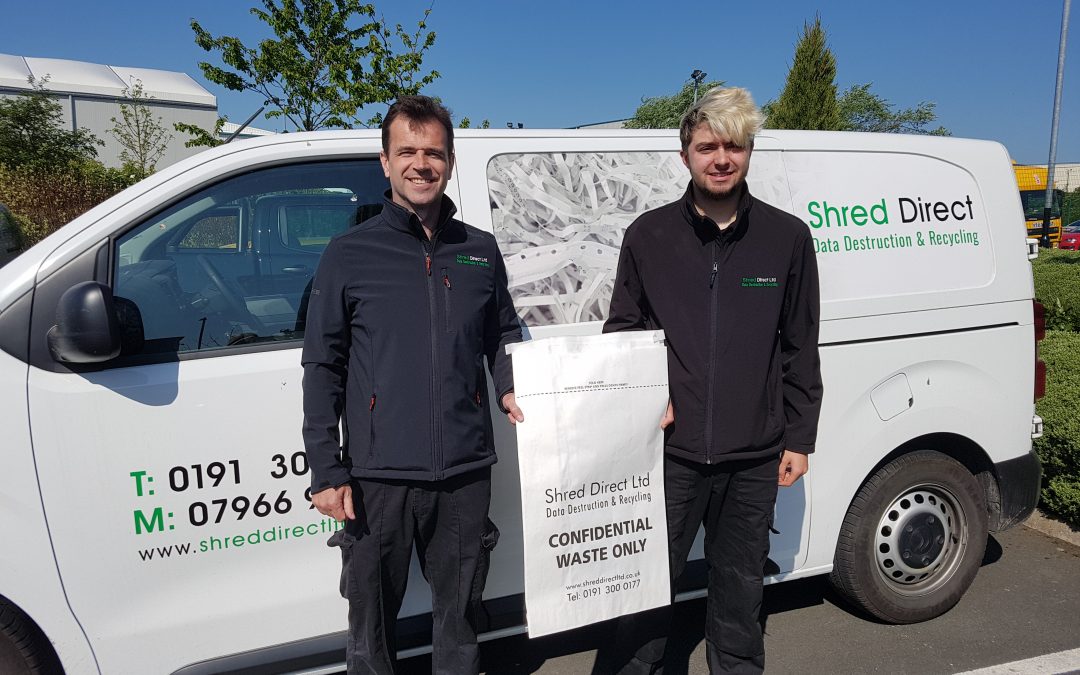 A shredding company owned by a former professional footballer is making major changes to its collection processes as it celebrates its fifth birthday.

Shred Direct was launched by Newcastle United footballer Graeme Carter in May 2013 and has experienced significant year on year growth since.

And now, as the company prepares for year six of business, the decision has been made to switch from

Graeme, 48, who runs the business from East Durham Business Service’s Novus Business Centre in Peterlee, said: “I am committed to being as environmentally friendly as possible and by switching to paper, it means those collection bags can also be shredded and taken to a paper mill and recycled, usually into tissue paper.

“Athough this is the costlier option, it is something I’m prepared to do as it makes our process of collecting waste so much greener.

“It’s a signficant move for us and something I wanted to implement to coincide with our fifth birthday.”

Graeme recently added apprentice Callum Summerill to his team, taking the number of employees at Shred Direct to five.

He is also expecting year six to see a 20 per cent increase in turnover, as the business continues to win new contracts and secure more work with existing clients – Shred Direct now has a portfolio of over 250 clients from Scarborough in the south to Ashington in the north.

Graeme, who lives in Wheatley Hill, added: “Callum has been a great addition to the business and one which was very much needed given the growth we’ve experienced.

“We have two new vehicles, a seven and a half tonne truck and a van, which between them are covering hundreds of miles every day making collections from businesses around the region, so the extra pair of hands has freed up some of my time to focus on business development.

“We’re also expecting the next few weeks to be particularly busy following the introduction of GDPR legislation, as people become much more security conscious about the documents they keep.”

The company also secured new business after exhibiting within the Incubator Zone at last year’s EMCON event – a move which enabled Graeme to reach new markets and target businesses he wouldn’t have otherwise had the chance to meet.