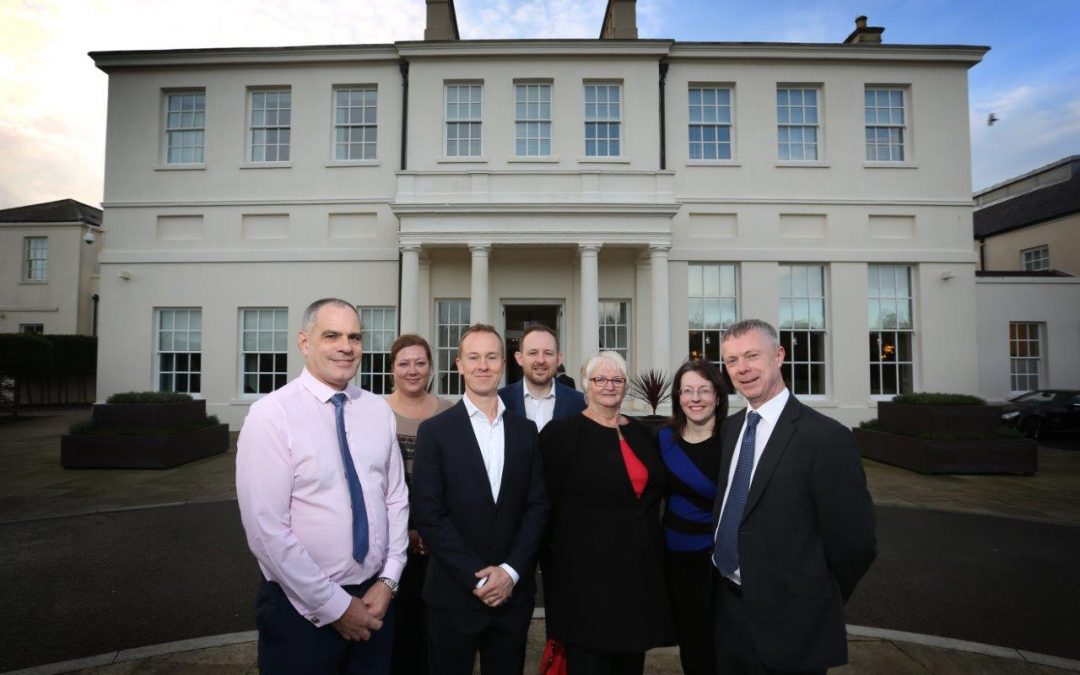 Two leading figures from the Peterlee and Seaham business communities have been appointed to spearhead the area’s continued growth.

Kareen James-Rawson from automotive manufacturing firm Novares and Paul Wellstead, the developer behind Spectrum Business Park, will take up the joint chairman’s role of the Peterlee and Seaham business park groups’ steering committee.

They replace outgoing chairman Steve Metcalfe from NSK Bearings, who is stepping down from the role after five years. Mr Metcalfe will remain involved and will support activity going forward.

Both Kareen and Paul have been involved with the group for some time and are committed to enhancing the progress made in both the Peterlee and Seaham areas over the last few years.

HR Manager Kareen will oversee Peterlee activity and is focussing her efforts on continued engagement with businesses in the area and encouraging them to share opportunities for growth.

She said: “So much has been achieved over the last few years with businesses of all sizes, from a diverse range of sectors, growing here. There is so much pride, not just among our businesses but in the wider community, and a real sense that Peterlee is now realising its full potential. It’s fantastic to see yet I still feel that the progress made is just the tip of the iceberg.”

The Peterlee Business Park Group was launched four years ago with the help of Business Durham, while the Seaham group came about in 2016 because of the demand from businesses in the area to have their own support group that could tackle issues affecting them, and offer advice in areas that help them grow, including access to finance, communications, transport and contract opportunities.

Collectively the groups run in partnership and are driven by representatives from companies including Andrew James Worldwide, LEC Communications and Design, Aspen Wolf, Seaham Safety Services and Great Annual Savings Group, as well as Novares and Paul Wellstead, who all take time out from their day jobs to do their bit to help shine a light on both business communities for the right reasons.

Paul Wellstead will sit alongside Kareen and will take on responsibility for Seaham. He said: “When I first started developing Spectrum Business Park, the area was struggling to establish an identity and find a place for itself within the regional business landscape.

“But now, just a decade later, Seaham is becoming a real jewel in East Durham’s crown, attracting not just regional companies who believe they can realise their potential here, but national and international firms who see the area as the perfect base from which to grow.”

Over last few years, the group has supported the growth of several existing employers, as well as assisting inward investors including Peterlee-based D & S Services, Icarus and Bristol Laboratories, and Seaham companies Northumbrian Water, Great Annual Savings Group, ResQ and Vivarail, all of whom have opened facilities or offices.

Collectively, these companies, alongside established businesses who have also added to their headcount, including ZF (formerly TRW), Profound Group, Sotech, Auxillis and Start Energy, have brought over 1,000 jobs into the East Durham area.

Leanne Fawcett, Managing Director of LEC Communications and Design, said: “There’s no doubt both Peterlee and Seaham have undergone a massive transformation in recent years, and are now regarded as among the best and most prosperous business areas in the North East.

“Thanks to the work done by the group, supported by the passion of the wider East Durham business communities, we have helped rid the area of the negative reputation it had, and instead make it somewhere we are all proud to live and work in.”