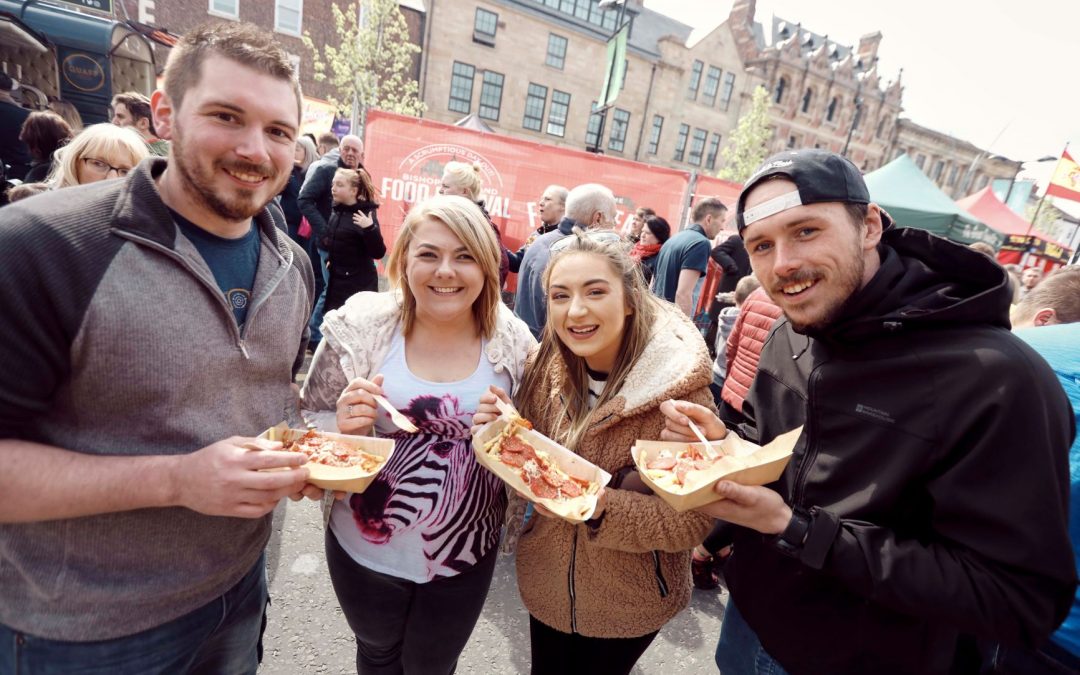 A record number of food fans descended on a market town this weekend for a two-day celebration of the region’s tastiest produce.

The 14th annual Bishop Auckland Food Festival attracted around 29,000 people to the town, boosting the takings of local businesses and more than 150 traders from County Durham and beyond.

This year, the Durham County Council event featured more traders than ever before, meaning visitors could devour dishes inspired by international cuisines, along with the finest produce the North-East has to offer. Interactive workshops encouraged people of all ages to discover more about the delicious drinks and foodie treats on sale, while live music and children’s entertainment added to the feel-good atmosphere.

Jayden and John Tomlinson were visiting from the local area and dad John said: “It’s a great day with so much choice, I’ve been tempted by the Vietnamese food because I’ve never had that before and that’s what the food festivals all about isn’t it – trying something new.” Son Jayden added: “It’s a lot bigger than it was before and I think that’s great because it’s going to attract more people to buy more things which is great because the stalls will be making a lot more money than they would have last year.”

Hundreds of people enjoyed demonstrations by celebrity chefs and food personalities including BBC MasterChef co-presenter Gregg Wallace who said Bishop Auckland “may be one of the nicest, friendliest places I’ve been and you have got some cracking food out there” while actress and restauranteur Jennie McAlpine, best known for playing Fiz in Coronation Street said: “these festival are great because its local producers altogether and there is a really lovely sense of community.”

The festival also upped its green credentials this year, with traders encouraged to ditch single-use plastic packaging and Northumbrian Water’s tap water bar providing a place for people to fill up reusable bottles.

Those who missed out on the event can still get a taste of the action, as many of the traders will be attending Seaham Food Festival this summer. This is a new, free event for 2019 and will deliver exciting street food, celebrity chefs, music and more to the County Durham coast on Saturday, 8 June and Sunday, 9 June.

Cllr Simon Henig, Leader of the council, said: “Bishop Auckland Food Festival has really put our county on the culinary map and shines a light on the brilliant producers we have here. It also attracts thousands of people into Bishop Auckland, which boosts the local economy and helps to promote the other fantastic attractions in the area.

“We are confident Seaham Food Festival will reap similar rewards for east Durham and I hope residents and visitors will join us at the coast for even more gastronomic adventures in June.”

There is an unprecedented number of events and openings taking place across the county this year, which has prompted Visit County Durham, Durham County Council and other partners to launch #Durham19. This is a special campaign to promote the county’s rich cultural and sporting programme. Communities are also being encouraged to submit their own events and promote the campaign by using the hashtag.