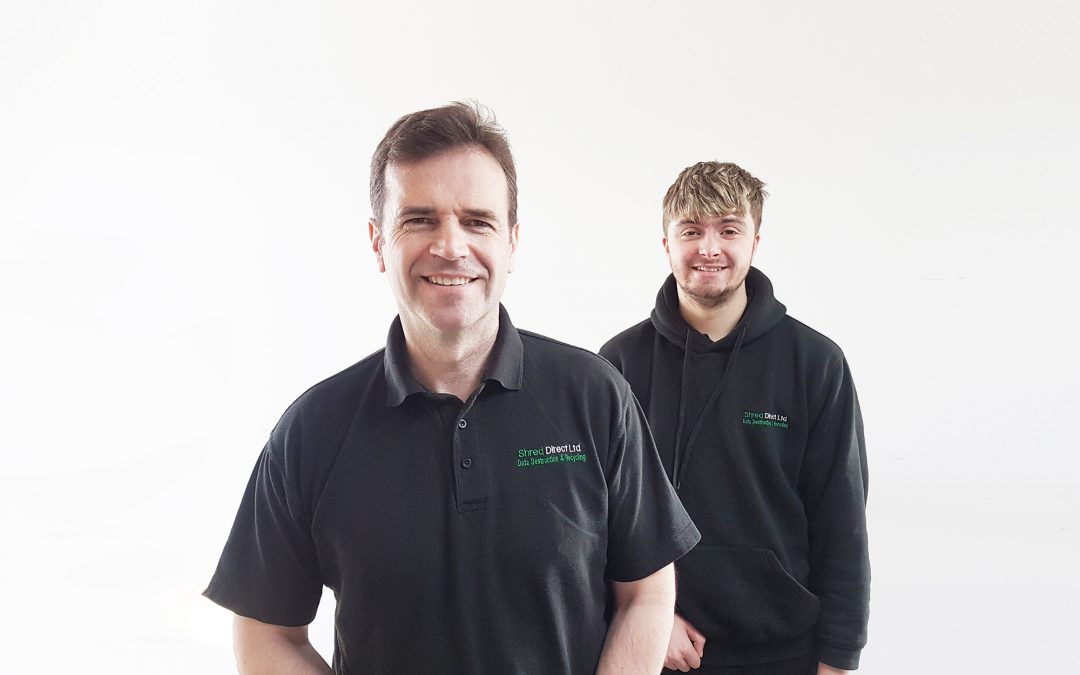 A former apprentice has proved his employer’s investment in him was no waste as he begins a permanent job with the company.

Callum Summerill has been completing an 18-month business administration apprenticeship with Peterlee-based Shred Direct, after being taken on by owner Graeme Carter to enable his business to grow.

During that time the 20-year-old from Easington has proved an invaluable addition to the team supporting Graeme with administration activity as well as on the roads to cover driver holidays.

And now former Newcastle United footballer Graeme has confirmed Callum has now started a position with the shredding company on a permanent, full time basis.

Callum said: “I’m over the moon to have completed my apprenticeship and now to be starting on a permanent basis with Shred Direct.

“It’s a great company to work for and I have learned so much during the past 18-months. I’m now looking forward to continuing to develop and apply what I’ve learned to my new role.

“Apprenticeships are such a good way to get onto the career ladder while at the same time learning and earning money. I’d recommend them to anyone who perhaps doesn’t want to go down the academic route but wants to work for a company which offers them potential to grow.”

Shred Direct was launched by Newcastle United footballer Graeme Carter in May 2013 and has experienced significant year on year growth since.

The business, which is based at Novus Business Centre on Peterlee Business Park, now employs five people.

Graeme has seen turnover increase as his business continues to win new contracts and secure more work with existing clients – Shred Direct now has a portfolio of over 250 clients from Scarborough in the south to Ashington in the north.

Graeme, who lives in Wheatley Hill, said: “Callum has been a great addition to the business and one which was very much needed given the growth we’ve experienced. He’s really proved himself and I had no hesitation offering him a permanent role with us.”