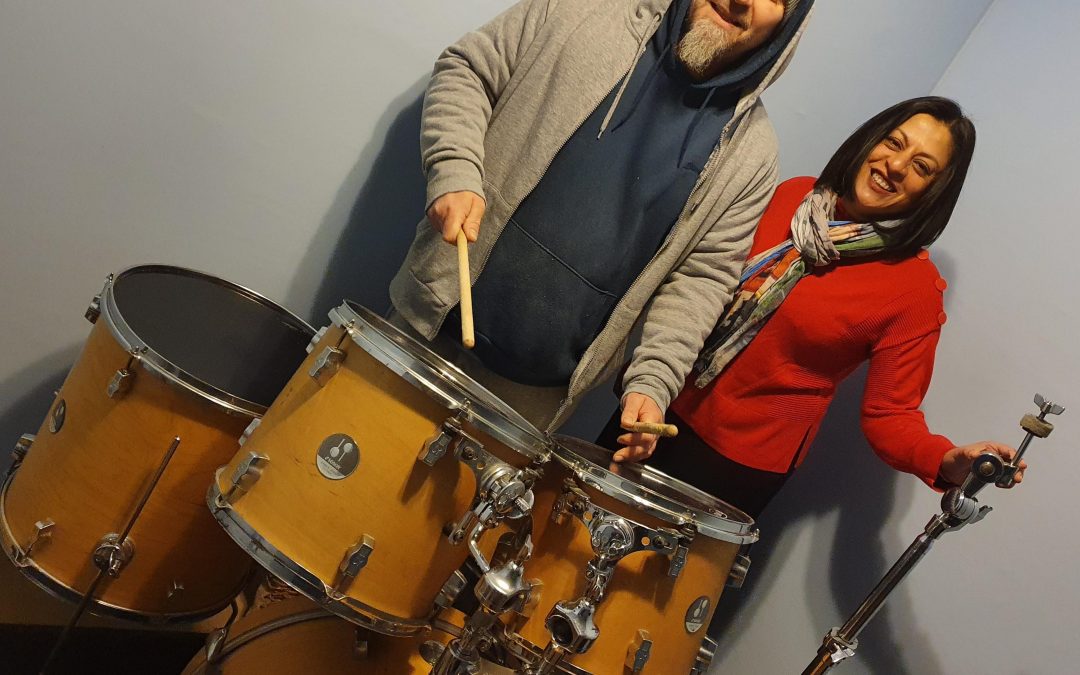 A talented musician who worked for studios in London before returning to his native North East is seeing his dream project finally hit the right note.

The studios offer facilities for budding musicians who are keen to develop, while Dave is on hand to support those who need the mentorship utilising his own experiences of playing in bands up and down the country.

The studios are the only one of its kind in in the East Durham area, and has been supported by East Durham Business Service through the Enterprise Support in the North East ERDF programme. Advisor Hina Joshi worked with 52-year-old Dave over a two-year period to prepare his business plan in readiness to launch.

“The studios are available to local musicians who need somewhere to rehearse and is really my way of giving something back while at the same time doing something I love.

“As Big Foot Studios becomes fully established, I would like to open two more studios and to create an outdoor space for local bands, singers and musicians to perform to the public. This would give them invaluable experience and exposure and hopefully help them on their way to mainstream success.”

Hina said: “When Dave first came to see me it was clear he was incredibly passionate about music and helping budding musicians who have a talent that needs nurturing. He really wanted to put his experience of working in studios and playing in bands to good use and help people in the area in the area who were having to travel to find studios to rehearse in.

“We worked together to explore the ideas he had and to identify the steps that were needed to prepare him for launch, and thankfully after a few false starts we were successful in our application to the Start Up Loan Company to secure him the financial support needed to get the venture off the ground.

“It’s great to see how well he is doing and the fact he is now looking to the future with ambitious plans to open two more studios and an outdoor space where musicians can perform to audiences. The fact we’ve been able to help Dave get started is fantastic and what, as a business support organisation, we’re all about.”